Hector is Gwizdo and Lian-Chu's pet dragon who does not possess the evil nature or the great size of the ones they hunt and acts like a dog. He follows Gwizdo and Lian-Chu everywhere – as their pet, friend or the "third man of the team". His hobbies are eating and picking on other animals such as chickens or sheep. While Gwizdo is the pilot of the St. George, Hector is required to pedal for the propeller, a task he is not fond of. He speaks with a mixture of grunts and pidgin.

With his fur and ears he seems to be based on a variation of Asian dragon (similar to Falkor the Luck Dragon in The Neverending Story).

He could turn into the same clumsy and dumb giant, as his cousin, eating only wood and manure and instilling panic in the villages with his only look, but a new way of life made him what he is, Hector. He was the first cath the two young Dragon hunters made and since then, he's with them.

He often works as a servant to his human colleagues, because he carries their luggage, Lian-Chu's weapons or sharpens these weapons, and he is enough hardy to carry loads in excess of his weight many times. Also he has to pedal next to Gwizdo, as the co-pilot, everytime they go to the hunt, to make St. George fly. Hector's usefulness even is in the fact, that he has a wonderful flair: this refers both to the ability to smell dragons and the ability to adequately perceive the situation. He perfectly recognizes the people's intentions and can behave like a true gentleman with those, which he likes. And on the contrary he turns into a mad little monster in relation to those whose intentions are dishonest, unfair and evil.

He talks a lot in his own language and you can only understand a bit what he says. He often seems frivolous and doesn't miss the opportunity to have some fun during the hunt. He is illegible with the food, why he risks to suffer and to give a lot of troubles to his team. But let's be fair: Hector is a brave and smart little guy, which can be an excellent resource of useful ideas and initiative - even by the human standards. 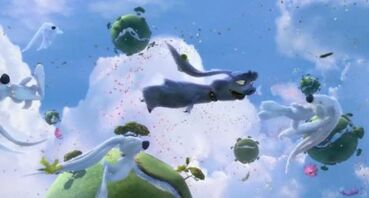 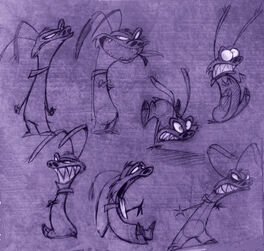 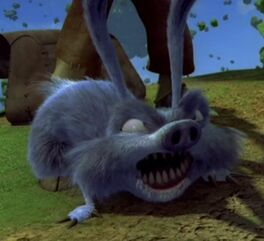 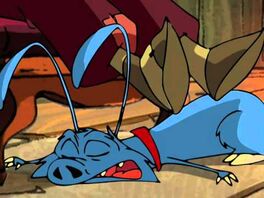 Add a photo to this gallery
Retrieved from "https://dragonhunters.fandom.com/wiki/Hector?oldid=5713"
Community content is available under CC-BY-SA unless otherwise noted.