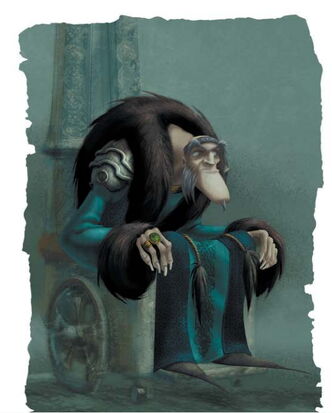 Add a photo to this gallery
You must not draw hasty conclusions when you look at Lord Arnold as he appears. Hunchbacked and wobbly on his feet, a prisoner of his wheelchair, his eyes pasty white, he appears to be an old man who is only hanging onto the thread of life thanks to the miracle of those magical potions Gildas serves him up.

But some time ago, Arnold was a colossus of a man, who has started his path as a fearless mercenary without mercy for the Dragons, and his bravery was such that he actually survived his confrontation with the World-Gobbler. Yet ever since that encounter, he has been struck with the sickness of the eyes inside out. Giving shelter in his castle of his orphaned niece Zoe, Arnold refuses to teach her hunting despite her requests and with the approach of the dangers he`s going to send her to the monastery. He rants and raves in anger while waiting to meet the improbable hunters who will be able to slay the most terrible of all Dragons alive. When Arnold meets Lian-Chu and Gwizdo, he feels in his creaky bones, that perhaps the world is about to be saved. As soon as Lian-Chu kills the World-Gobbler, the world is healed, and Arnold recovers. Unfortunately he can`t believe his eyes, when he looks at his heroes of the flesh... 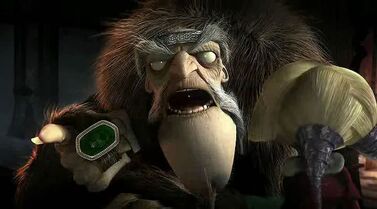 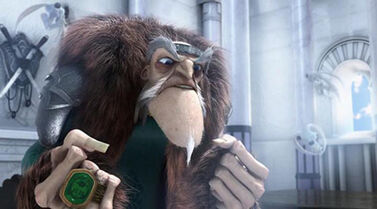 Retrieved from "https://dragonhunters.fandom.com/wiki/Lord_Arnold?oldid=5273"
Community content is available under CC-BY-SA unless otherwise noted.